“Yatsugatake” is the name of the mountain range that spreads from Nagano to Yamanashi Prefecture. The main peaks are Mt. Akadake (2,899m) and the lofty Mt. Kitadake (3,192.6m). Mt. Yatsugatake is one of the stunning natural areas of Japan and a symbol of Japan’s highland resorts throughout all four seasons. Mt. Yatsugatake gave abundant gifts to prehistoric people as well. Its floral and faunal diversity supported their lives and its beauty underlies their symbolic world views. The Jomon of the Central Highlands of Japan flourished based on the bounty of Mt. Yatsugatke.

The prehistoric Jomon period (c. 14,000–400 BC) is a long-term Stone Age culture found throughout Japan. The Jomon of the Central Highlands of Japan, one of the Japan Heritage areas, includes some of the most remarkable Jomon sites and artifacts, recognized for their beauty and importance. These sites are mostly from the Middle Jomon Period (c. 3,500–2,500 BC) and are characterized by magnificent art such as pottery vessels and clay figurines. They also are unique for the prevalence of obsidian, which remains in the names of places such as “Hoshikuso” (stardust) and “Hoshigato” (tower of star) referring to the glitter of obsidian remains found on the ground. 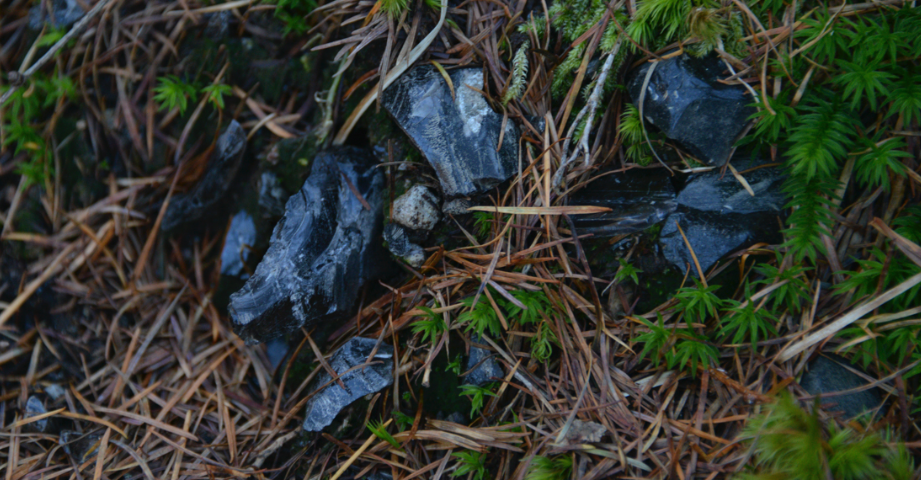 You can visit archaeological site parks based on the Middle Jomon Period during your travel around the Jomon of the Central Highlands of Japan. These sites developed out of the enthusiasm of local historians and independent archaeologists, and the efforts of local heritage managers.

Chino City Togariishi Museum of Jomon Archaeology developed out of the work of primary school teacher and local archaeologist, Miyasaka Fusakazu (1877–1975), who began conducting archaeological excavation projects at Togariishi site (dating to the Middle Jomon Period) in the 1930s. For many years he personally displayed pottery vessels from Togariishi site, which was the location of his house. The grassroots exhibition developed into “Togariisihi Museum” in 1951, “Togariishi Museum of Archaeology” in 1955, and into the current Chino City Togariishi Museum of Jomon Archaeology in 2000. There are several reconstructed thatched pit dwellings on the grounds next to the museum. They were first built in 1949 under the supervision of the modernist architect Horiguchi Sutemi (1895–1984). These thatched pit dwellings are one of the earliest examples of reconstructed prehistoric architecture in Japan and strongly influenced similar reconstructions at Jomon sites across the nation. While the locations of pillars and the depth of the pits are based on excavation results, the above-ground structure is the fruit of historical imagination. The challenge towards a more authentic approach to reconstructed pit dwellings is ongoing at Umenoki site park, where experimental archaeology and cooperation with local residents and volunteers underlies their efforts.

The Jomon period culture is generally understood to be a hunter-gatherer-fisher society that did not engage in agriculture. Fujimori Eiichi (1911–1973) demonstrated skepticism towards this widely accepted theory and promoted a “Jomon Plant Cultivation Hypothesis” in the 1950s. Fujimori was an independent scholar not belonging to an academic institution. The magnificent Middle Jomon pottery vessels from Idojiri site inspired his hypothesis. During his life, no concrete archaeological evidence of cultivated plants was discovered. Currently, however, developments in the archaeological sciences have revealed the existence of various cultivated plants in the Jomon period, shedding light upon his foresight. The Idojiri Archaeological Museum reflects the contribution of Fujimori’s hypothesis to the understanding of Jomon culture.

There are many Middle Jomon period settlement sites containing large numbers of pit dwellings and artifacts. These characteristics were revealed by the massive scale and number of preventive archaeology projects stemming from the public infrastructure construction. The public received many benefits from these improvements, yet, it also lost many archaeological Jomon sites. The preventive archaeology compensates the loss of sites in the form of academic records and archives, as well as in the museum exhibitions based on them. Moreover, some infrastructure improvements have been cancelled, giving these Jomon sites a new life as historical parks.

Shakado site, a settlement site from the Middle Jomon Period, was excavated during the construction of the Chuo expressway. The massive findings at Shakado site weigh over 30 tons and include 1,116 pieces of clay figurines (dogu). Most of the clay figurines have been intentionally broken. In terms of quality and quantity of clay figurines, this site is by far the most prolific in all of Japan. The Shakado Museum of Jomon Culture was established in 1981 and may be accessed directly from the Shakado Parking Area of the Chuo expressway. This museum also offers a scenic view of the Kofu Basin.

Archaeological institutes in charge of preventive archaeology projects are established in every prefecture, as well as some municipalities, in Japan. The Yamanashi Prefectural Archaeological Institute is affiliated with the Yamanashi Prefectural Archaeological Museum. This museum was established in 1982, is located in the historic park, the Kai Fudoki-no-Oka/ Sone Kyuryo Park, and is utilizing its abundant resources based on preventive archaeology across the prefecture. The collection of this museum includes masterpieces of the Middle Jomon period (c. 3,500–2,500 BC) found at Tonobayashi, Ichinosawa, Sakenomiba, Andoji, and Kaidomae C sites. Some of the artifacts are designated National Important Cultural Properties.

The Hokuto City Archaeological Museum also owns many magnificent Jomon pottery vessels that flourished around Mt. Yatsugatake. Umenoki site in Hokuto City is one of the few examples of preserved Middle Jomon settlement site as a site park in the Yatsugatake area. A preventive archeological investigation discovered approximately 150 pit dwellings as well as a Jomon period footpath leading to a river. The infrastructure improvement plan was cancelled, and this site was designated National Historic Site in 2014. Umenoki Site Park was opened to the public in April 2018. A visitor center is attached to this site and contains a small exhibition room. At this site park, a number of volunteers are involved in the reconstruction of pit dwellings in an attempt to rebuild an authentic Jomon landscape. 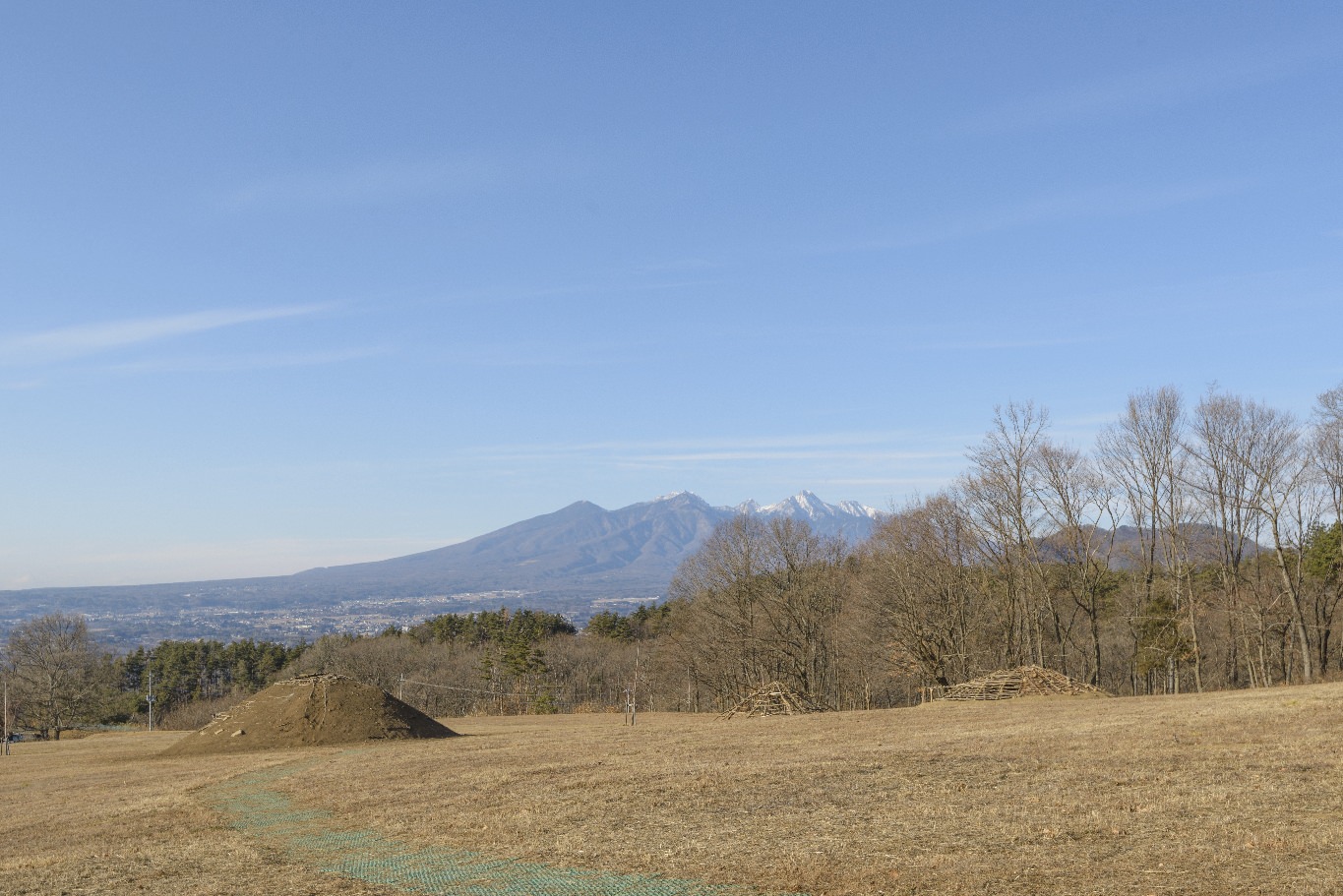 The Jomon period is classified as part of the Stone Age, meaning it did not have metal-working technology. The Jomon Black Star obsidian, a volcanic glass stone with the sharp blade (used as a surgeon’s knife even now), represents the natural environment of the Central Highland of Japan, and was a high quality and value material for the Jomon people.