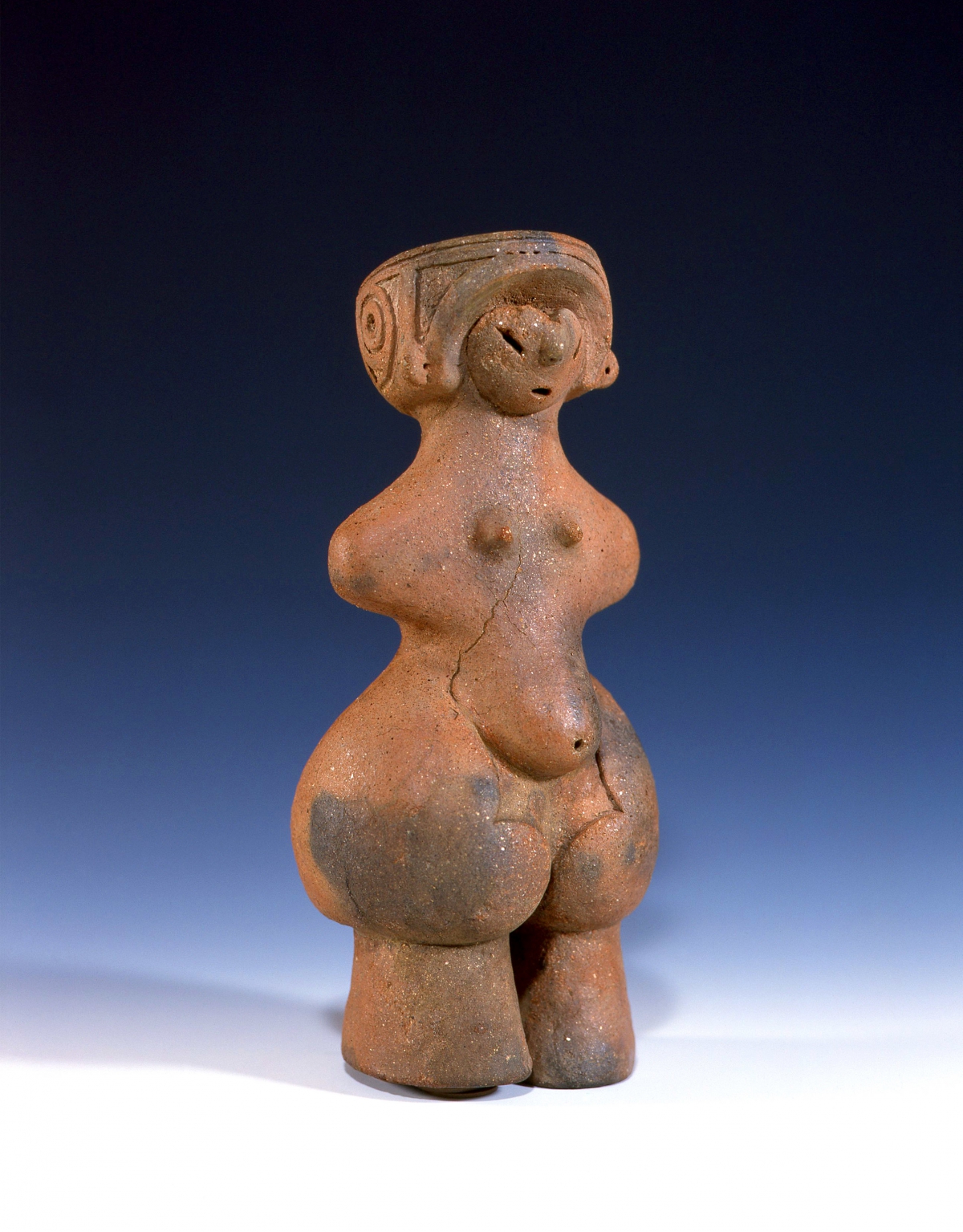 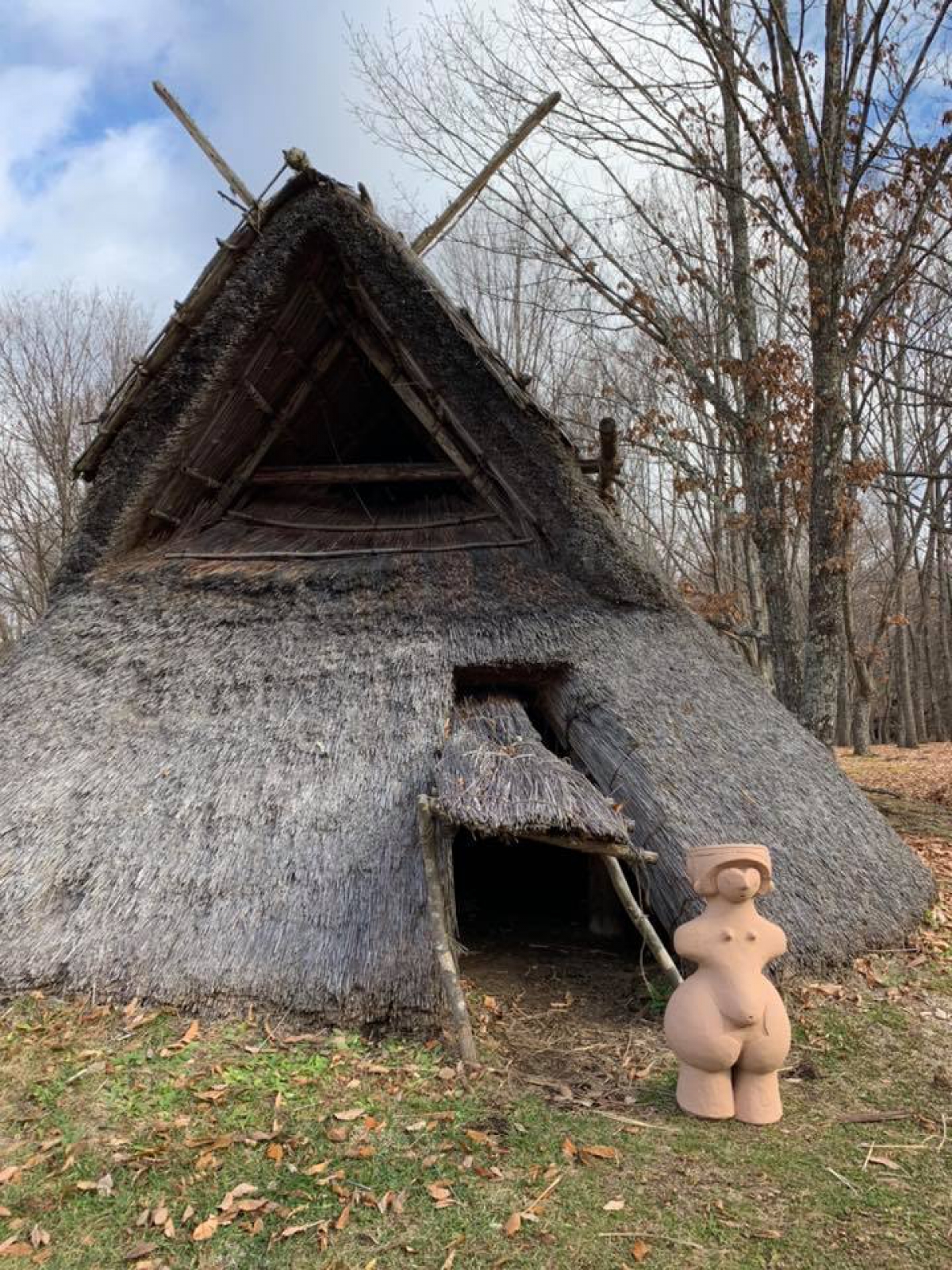 This masterpiece was found in the Tanabatake site of the Middle Jomon
Period (c. 3,500–2,500 BC). The Tanabatake site was composed of two
distinct villages and contained over 150 pit dwellings. This clay
figurine was discovered in a burial pit in the open circular space
surrounded by the pit dwellings and became the first Jomon period
relic to be designated a National Treasure of Japan in 1995.